Those in the WW world probably have heard of the beloved 2 Ingredient Dough recipe with 1 part self rising flour and 1 part non fat Greek yogurt (NFGY). It has become the bases for low point pizza dough, bagles, pretzels, calzones, cinnamon rolls and I’ll now add focaccia to the list.

Since NFGY is a 0 point food, you’re only counting the points for the flour which is about 12 points a cup depending on your brand. 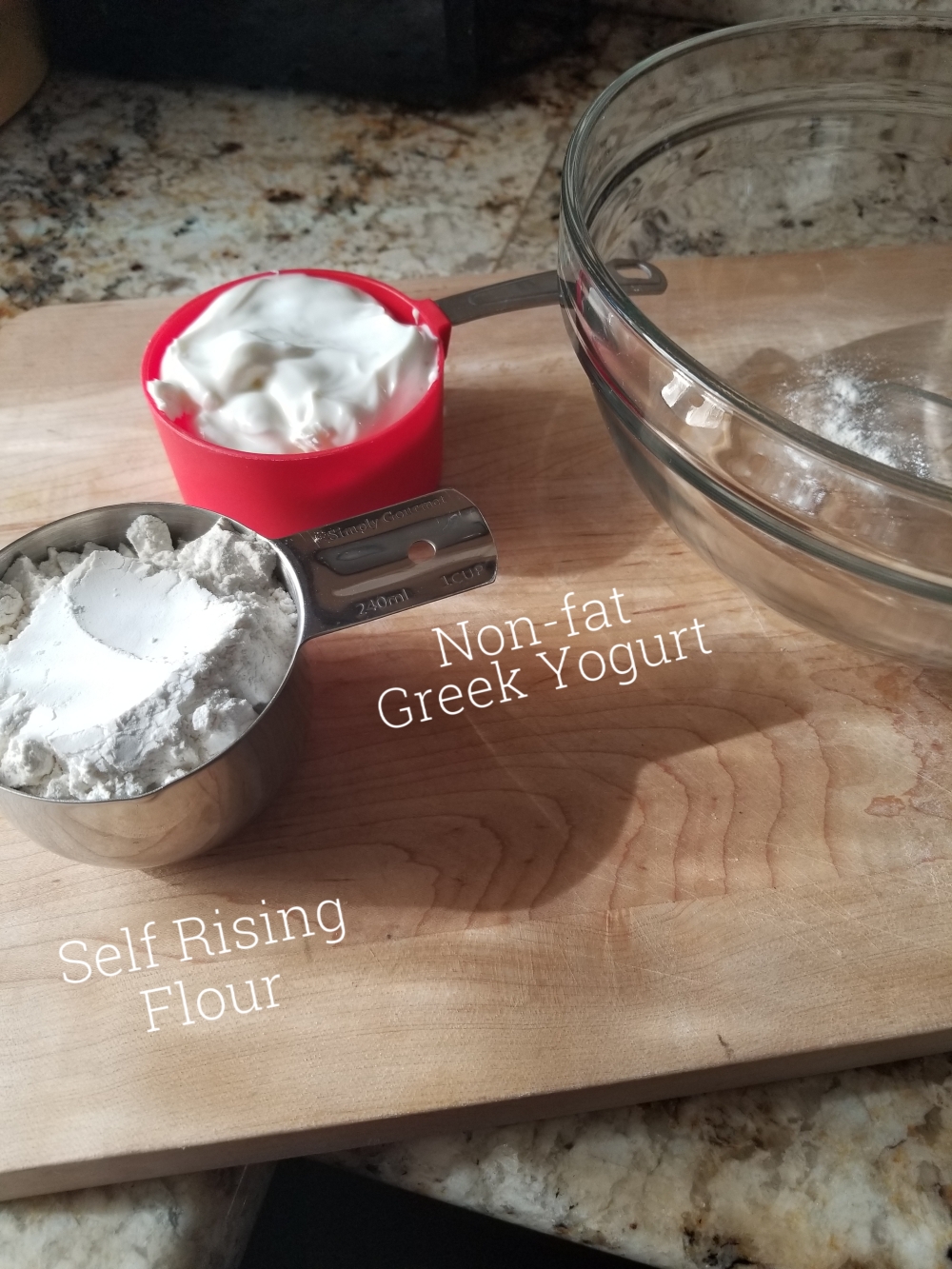 If you can’t find self rising flour, you can make your own using AP flour (1 cup), baking powder (1 1/2 tsp), and salt (1/4 tsp) sifted together and whisked to combine.

I tend to just buy it but making small batches assures you don’t have to go run out and get some if your pantry is already stocked with regular All Purpose flour.

This dough is sticky so you’ll want extra flour to help keep it off your hands as you’re kneading it.

Once it is well combined, I add rosemary to the dough, sprinkling it on top and then kneading it in. however I have also added in the rosemary at the beginning so it’s just naturally mixed in when you’re making the ball of dough.

Fresh rosemary would be best but the rosemary in my little kitchen garden was not doing so well this day so I opted for dried rosemary from my spice rack. Add as much as you want but I probably used a tablespoon and a half when all was said and done.

Next I shaped my dough into a disc, sprayed it with olive oil (something I’m not counting because it’s a healthy fat and I don’t use it in big quantities), and sprinkle it with sea salt.

I placed it on a parchment lined baking sheet and then into a 350 degree oven for 25-30 min. I did 25 minutes this time but the middle was a tad under done. An extra 5 min or so probably would have helped that.

To get the golden brown top, I switch my oven to broil and then keep it under the broiler for 4-5 min or until it’s the color I’m looking for. Careful with this step because it doesn’t take long to finish up. 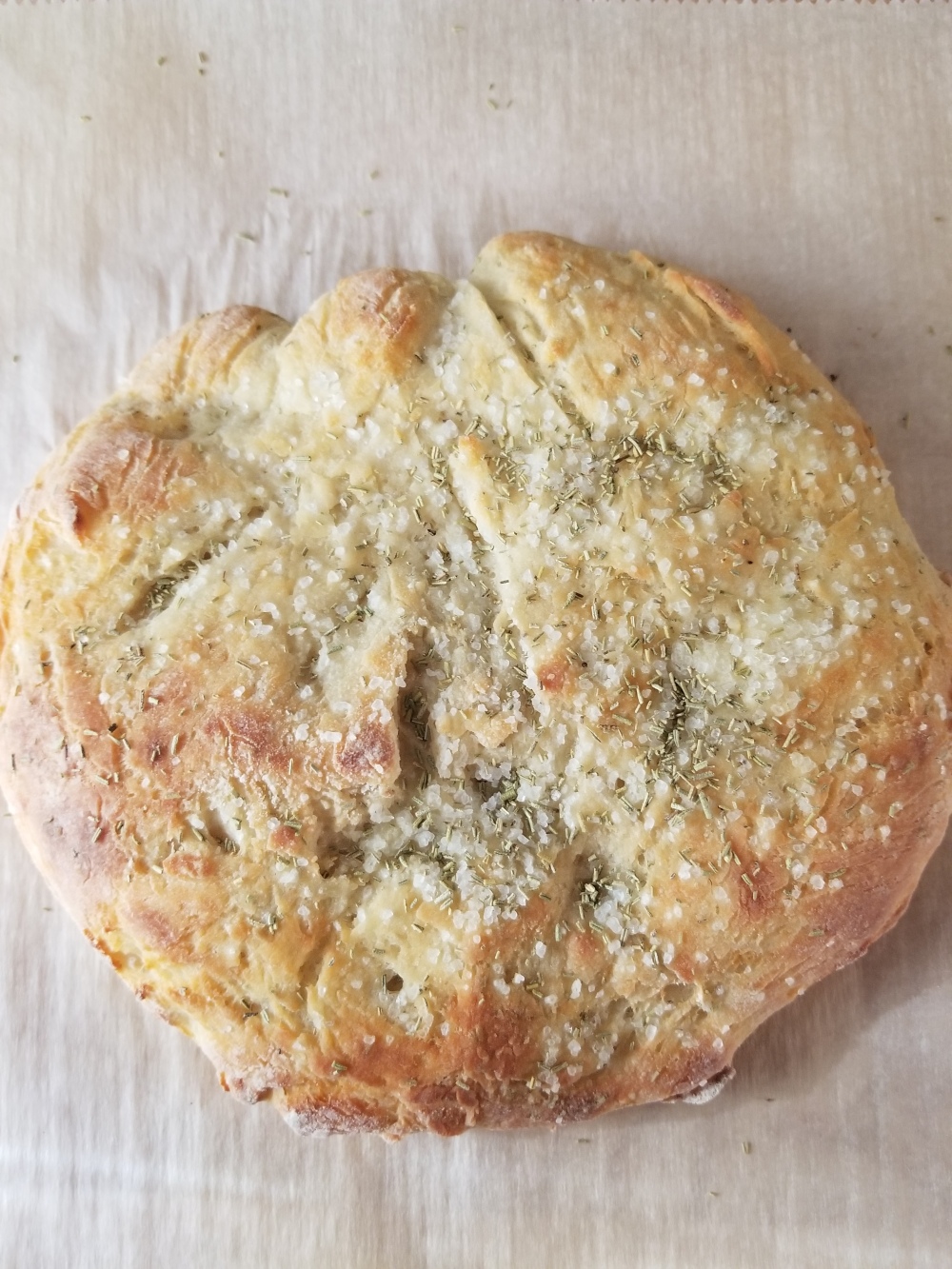 I finish it off with a little more rosemary on top and then dug right in!

You don’t have to be on WW to love this bread! It would be a lot of fun to make with kiddos since it’s so easy. Change up the herbs or add a low fat cheese and fresh chives for different versions.

Try it, enjoy it, and tell me what flavor combos you used in the dough!